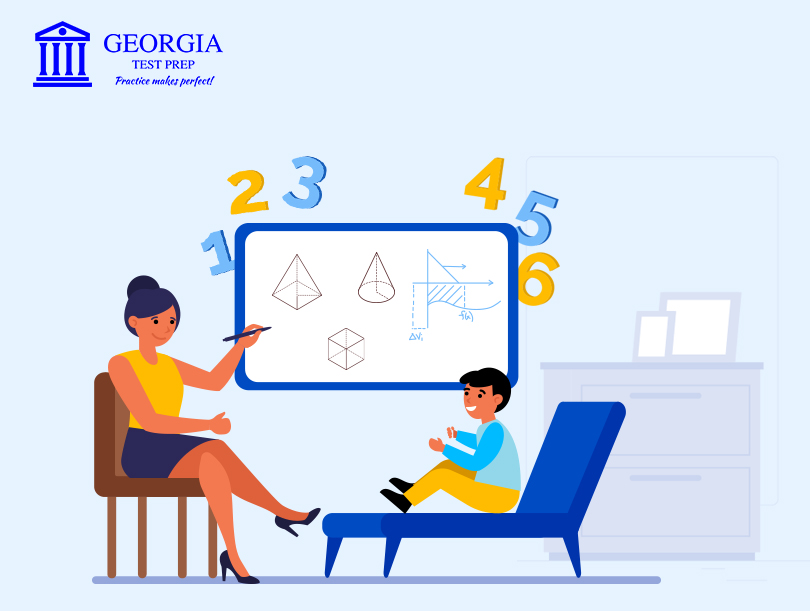 Math has a bad rep, and the reason is that a lot of people feel at least some level of math phobia. For them, anxiety and math just go hand in hand. The truth is that math anxiety isn’t a natural condition, but that it develops in our minds early in life.

If math anxiety is not addressed early on in a child’s life, it can lead them to develop an emotional block and cause a mental paralysis when they are faced with math. Students will then develop an aversion to math, making it even more difficult to learn new math skills.

Children then wind up carrying this block with them for the rest of their life. In fact, one study reported that 93% of adult Americans experience some level of math anxiety.

The good news about this is that, if you detect that your kids have math phobia then there are concrete things that you can do to help them in overcoming math anxiety. And it’s not just about math tutoring, so you don’t have to be a genius yourself. It’s not the role of parents to be professors, but you can still help them be successful in math simply by:

The cause of math anxiety

Math anxiety in kids begins when they don’t master early math skills. Lessons move on, and they are continually expected to learn more difficult math when they haven’t yet gotten the basics down.

They may feel anxious about not getting the answers right and not understanding what is being taught, leading to frustration. They may also see their peers excelling in math, and doubt their own skills and capacity to learn. It leads them to get stuck in a fixed mindset that they “are just not good at math” –and this simply is not true! (Do have a look at our article on the growth and fixed mindset; promoting a growth mindset in your child ties in crucially to this post).

Once anxiety sets in, it creates a negative feedback loop. It can impact a lot of the things that are important for learning, like attention, memory, and processing speed, thereby compounding negative effects as they get older.

How to help ease your child’s math anxiety

So, we’ve covered why early intervention in math anxiety is important. Now let’s get right into what you as a parent can do to help your kids smash their math anxiety with these 7 simple tricks.

1. Build a positive attitude toward math – starting with your own

The most foundational thing you can do to help your children in math is to build a positive attitude around it. This might involve assessing how you feel about math and how you express it!

Have you ever said things such as, “I’m not good at math,” or “I just don’t like math”? If so, then perhaps it’s time to reset the way you think about math. After all, kids pick up attitudes from their parents.

So express positive emotions about math, even if only for your kid’s sake! Also, ditch the idea that some people are not good at math, and be verbal about this. Constantly reassure your kids that anyone can learn math (and extend this attitude to all subjects).

Students with math anxiety are almost always insecure about their abilities. They will approach a math problem or concept with the assumption that they will not understand it.

Teach them that it’s normal, and even OK, to feel negative feelings when faced with a problem. Everyone goes through it! This will teach them to handle their emotions better.At the same time, keep giving them positive reinforcement. Sometimes it takes time to overcome the belief that we can’t do something, but constant encouragement helps. Remember to check out our article on promoting a growth mindset for more depth on this concept.

There are plenty of math-themed games to play. Whether you want to play an online game specifically designed to teach math, or play a game that inherently involves math (like Monopoly Deal, or something), it will give children a chance to apply math skills in a playful context.

4. Practice with your child

Parents read to children to develop reading skills. But somehow doing math with kids at home for fun is just not as common, or almost unheard of.

Make it a habit to practice math with your kids. This helps them develop positive associations with math before they start school. But even if your kids are already in middle school, it will still be a positive experience when you take the time to practice with them.

5. Make math relevant to them

Bring math out of the context of solving a problem, and associate it with real life. After all, that’s where most of us wind up using math the most!

Ask them to help with calculations while cooking, or with change at the grocery store. Use metaphors with their favorite sport (how many touchdowns does Team X have to score to tie with Team Y who is 12 points ahead)? Get in on a game of Pokemon cards if you have to!

This will help them come out of the “classroom mode”, which might be serving as a blocker to developing their math skills.

Sounds a little strange? Well, this one is backed by a scientific study. In a 2018 study from Columbia University’s Barnard College, researchers assessed how effective math-related bedtime stories would affect 1st-grade children’s math potential.

They used an app called Bedtime Math (available for free on Google PlayStore), where kids would answer content questions, simple addition, or math word problems after hearing a story. After one year of observation, it was determined that such an intervention can have powerful lasting effects on children’s academic achievements.

Note: Bedtime Math is actually an app aimed at helping parents with math anxiety to help their kids, but it can help all parents to bring math to their young child in a fun way. This app has numerous benefits.

The elegance of this solution lies in its simplicity and the science behind it.

A study has shown that teachers wait 0.7-1.4 seconds after asking a student a question before moving on. But it takes students up to 10 seconds to process questions and formulate answers. Simply allowing your children time to think after asking them a question will foster an environment for critical thinking and success.

In fact, another 1972 study showed that when you give students at least three seconds of undisturbed wait-time, there are numerous positive outcomes.